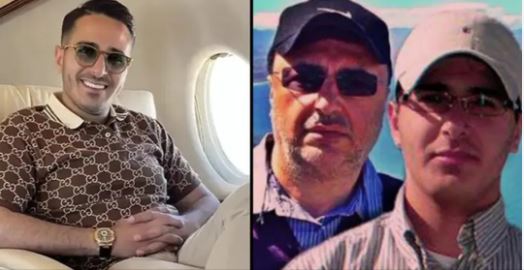 A lawsuit has been filed against the creator of Netflix’s The Tinder Swindler for pretending to be the son of the ‘King of Diamonds.’

You might be perplexed if you haven’t seen the very bizarre documentary, so we’ll let you in on a little secret (spoilers dead ahead). This individual bears no resemblance to Lev Leviev, a real-life Israeli-Russian business magnate.

He was the subject of a Netflix documentary after allegedly defrauding a number of women by claiming to be a member of the Leviev family, who are well-known for their diamond business.

Simon, whose real name was Shimon Yehuda Hayut, spent the greater part of a decade claiming to be super wealthy in Europe.

He would entice women by boasting about his vast wealth on social media before duping them out of big sums of money.

Simon’s life came crashing down in 2015 when he was found guilty of scamming three women in Finland.

He resumed the charade as soon as he was released, until being apprehended in Greece for using a fake passport. He was only imprisoned for five months in Israel, and his victims were left to deal with the fallout.

Unsurprisingly, Simon’s impersonation of Lev Leviev’s kid did not go over well with the real-life Leviev family.

As a result, they’re suing their phony relative for associating their name with such heinous behavior.

In a statement, attorney Guy Ophir said that this is just the beginning of many accusations against the Tinder Swindler.

Mr Ophir stated in a statement translated from Hebrew that the family ‘intends to donate the money it obtains [from Hayut] to its other victims’.

Profits from his increased celebrity, as well as funds from his Cameo account, would be included in that sum.

“Wishing you a great and magnificent day, everybody. Take care.”

He declared he’s not a fake in his first comments since the Netflix documentary grabbed audiences around the world.

“I’m not a Tinder Swindler,” Leviev stated to Inside Edition. “I’m not a fraud and I’m not a fake. People don’t know me – so they cannot judge me.”

“I was just a single guy that wanted to meet some girls on Tinder.”